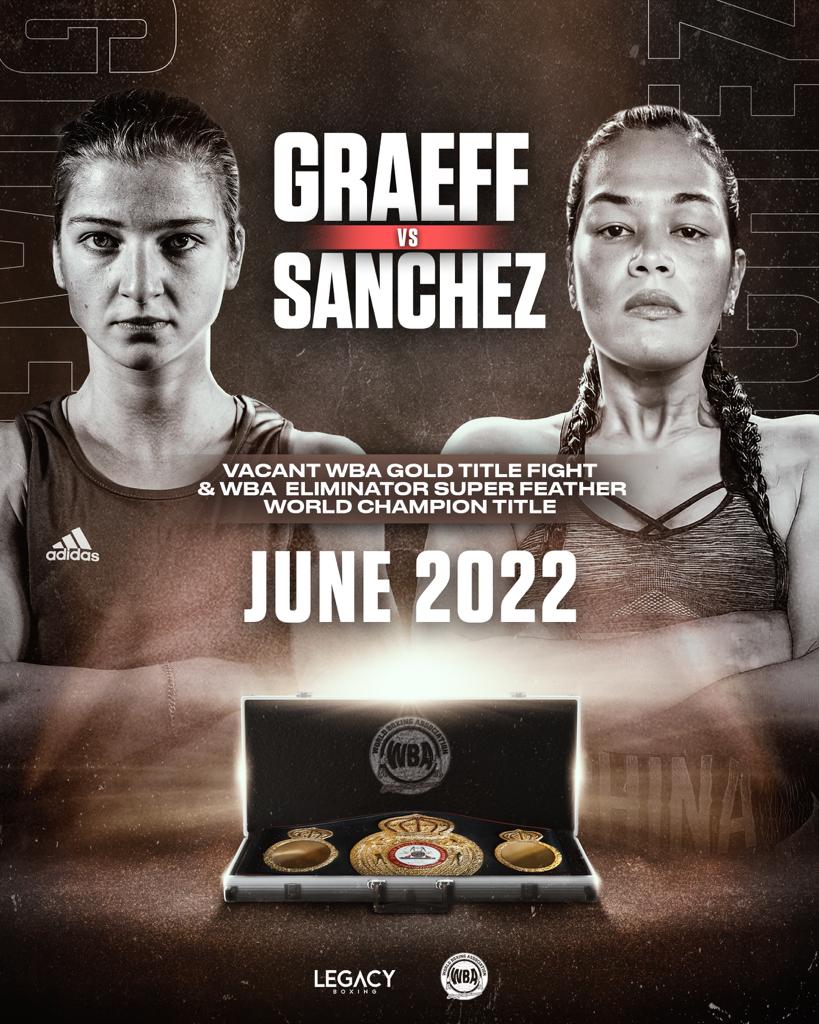 About the author : Niklas Müller

The German boxing hope from the German Team Boxing stable, under the guidance of Pasquale Ferraro has risen like a whirlwind in the rankings of the boxing world after a brilliant start in the professional business. After a short time, she has attracted attention especially for her unorthodox and tactically adept fighting style and has already built up a small fan base. „Putting women’s boxing back on the map“ is the motto. With unanimous victories against three experienced opponents, the ex-soldier, ex-world champion is taking aim.

Alys Sanchez wants to be a world champion again and has been hard at work preparing since negotiations between her promoter and Legacy Sports began in early March. Team Graeff has just returned home from her successful fight in Dubai against world No.8 Anisha Basheel and is ready for the next big step in her career. The title chase is for the WBA Gold title and at the same time it is an elimination fight for the WBA Super Featherweight World Championship. The boxing giant Matchroom from the UK has already announced that they have already become aware of Ramona and will take a close look at the fight, because the current world champion Hyun Mi Choi is under contract with Eddie Hearn and would be the next opponent for the young athlete from Düsseldorf in the event of a victory.

Negotiations are currently in full swing and Legacy Sports will soon announce whether the fight will be held in Dubai or Düsseldorf. Information will follow shortly at: www.Lgcy.co