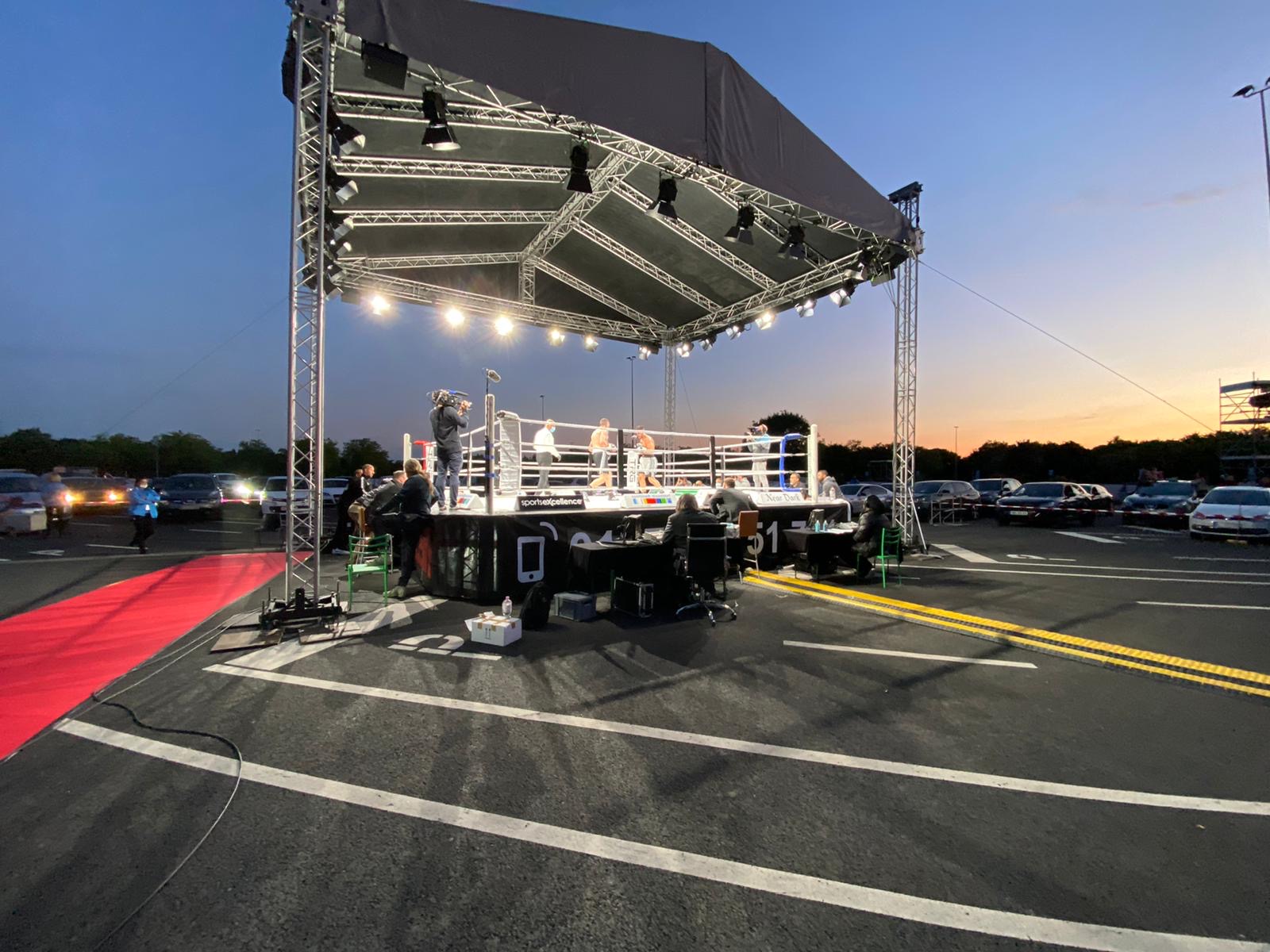 About the author : AdminMJ

The corona pandemic has kept the sporting events industry trapped in lockdowns and contact restrictions since early 2020. Crises, however, always offer opportunities for the one who is willing to create and walk innovative, creative paths. Legacy Sportsmanagement used this opportunity and, together with Universum Box Promotion Hamburg, invited to a world premiere of sports history. They offered boxing fans from Germany and all over the world a world-class live fight night, with the top fighters in the modern drive-in cinema in Düsseldorf. The announcement of the historical event itself had already attracted international attention, so that the Fight Night in the Düsseldorf drive-in cinema had become a global media event even before it was held.

Boxing fans were able to follow the action-packed events live in their own car, on modern LED screens, but also throughout the rest of the world via various broadcasting and streaming providers. Not only did BeIn Sports broadcast the event in 60 countries, but Sky Free HD also returned the sport of boxing as part of the event.

Thanks to the innovative concept, boxing fans around the world were given the opportunity, after months of waiting, to finally waive goodbye to the spectator- and emotionless corona ghost events.